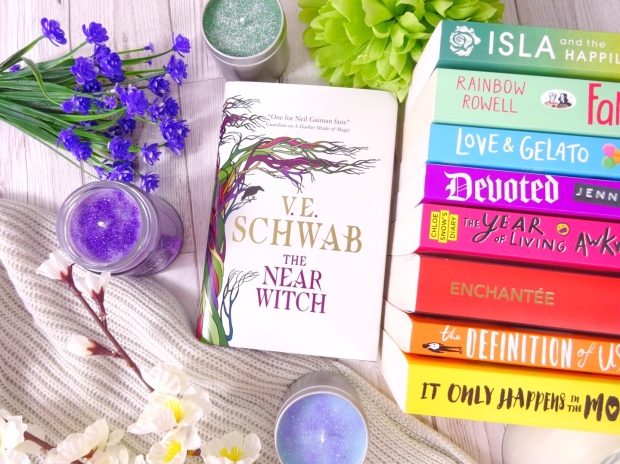 V. E. Schwab is quickly becoming an auto-read author for me; her stories are unique, her characters complex and her writing is enchanting.

The story of the Near Witch is told to all children living in Near, but it’s just that – a story meant to scare children into behaving. And when children start disappearing from their beds in the middle of the night, villagers are determined to blame the stranger that appeared just before the disappearances started; but Lexi knows that something more sinister is going on, and, with the help of the town’s exiled witches and that of the stranger, she’s determined to prove it.

Initially, The Near Witch sort of gave me The Wren Hunt vibes – and with a setting reminiscent of a Brontë novel. However, comparisons were quickly erased as I sank deeper into a story that was clearly its own. Schwab’s writing is stunning and atmospheric and addictive; it’s the kind of writing you can’t really describe – it just needs to be experienced.

3 thoughts on “The Near Witch by V. E. Schwab Review”